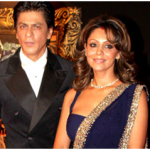 Surrogacy is the new buzzword thanks to Bollywood’s biggest Khans opting for it. Back in 2011, actor Aamir Khan and wife KiranRao had a child through a surrogate mother, and now Shah Rukh Khan is reportedly set to follow in their shoes, albeit there’s no confirmation from him. This, say experts, marks the coming of age of the phenomenon in India, with both the screen idols boosting the trend among the public, too.

Dr Rita Bakshi, infertility specialist, International Fertility Centre, has got 15 In-vitro fertilisation surrogacy queries since reports of Shah Rukh and wife Gauri planning their third child went public. “Several couples who were confused about if they should opt for the procedure, have decided to go in for it. Celebs are role models and it immensely helps in shedding a lot of inhibitions. The actors have done a great service to childless couples by helping bring the procedure in limelight,” says Bakshi.

“I am already receiving a large number of IVF surrogacy related queries, and I expect a further spurt,” says Dr Bakshi, however, says SRK and Gauri have no reason to keep mum about the procedure. “They would be doing a greater service if they talk about it openly. Aamir Khan kept talking about surrogacy openly and had thus emboldened many to opt for the procedure,” she says. While Shah Rukh remained unavailable for comment, a source said, “They are not talking about it since there are false rumours that the couple got the baby’s sex determined, which is not true.”