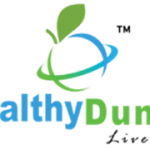 Friday, April 19, 2013
Are we ready for three-parent babies?
What is the three-parent babies concept?
The procedure involves combining the eggs of two women and a sperm to create a child that would be genetically related to three people. The egg consists of two things – the nucleus and the mitochondria. If the mother is diagnosed with a defective mitochondrial DNA, then the technique takes her nucleus (leaving the mitochondria behind) and is added to the father’s sperm. The third donor’s healthy mitochondria are used to replace that of the mother’s. This is how the genes of three parents are used to create a baby.

“Mothers pass on their mitochondrial DNA to their child which fathers’ sperm can’t do. If the mitochondria are defective, the situation can lead to mitochondrial disorders,” says Dr. Rita Bakshi, a senior Delhi based IVF specialist & gynecologist.

The defects can lead to muscle and blood related disorders. The child can face muscular weakness since birth, and can be wheelchaired for life. It can lead to blindness, heart failure and death in the most extreme cases.
“In India, cases for such disorders are hardly reported,” adds Dr. Bakshi.

With India being one of the world’s largest countries in terms of IVF cycles, this technique can be a boon for many childless couples though its risk factors are still not known. Dr. Bakshifeels it’s too early to comment on the risk involved.

IVF is a technique for couples who can’t conceive naturally. The father’s sperm and mother’s egg are fertilized outside the womb to create an embryo. This embryo is later placed into the mother’s womb. If the mother is unable to carry it in her womb, a surrogate mother’s role comes into play.